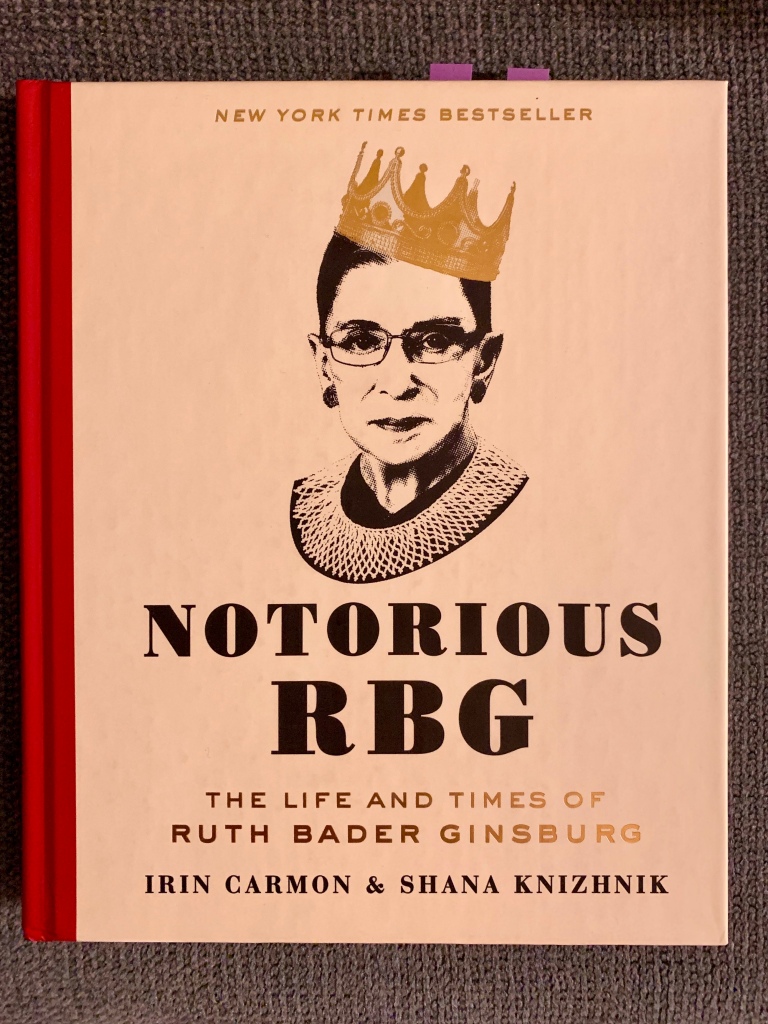 Back in March, my husband and I visited the Skirball Cultural Center to see the exhibition Notorious RBG: The Life and Times of Ruth Bader Ginsburg.  I was in awe of all this remarkable woman has accomplished, and I was astounded by all that I didn’t know.

We then watched the RBG documentary, and my interest continued growing.

You can read the book, watch the film, and learn the facts.  But here are a few things that are staying with me:

This site uses Akismet to reduce spam. Learn how your comment data is processed.

This is what my copy of @writersdigest looks like when I finish reading it. Lots of sticky notes. Anyone else?
Nine years ago, my essay was published in the LA Affairs column in the @latimes
I miss teaching. I miss the magic that happens- in the classroom, or outside on the yard playing multiplication volleyball, or outside on the grass when I’ve told my kids (my students) to pretend they are college students having class out on the quad.
Thank you @danblank for yesterday’s session about Author Platform. Appreciate the information and the sincerity.
This week’s blog post features The Bodyguard by @katherinecenter
Just one of the books in our home about Dr. Martin Luther King Jr. His dream lives on. His legacy lives on. The work continues..
Proud to share that my personal essay “It’s Not the Final Answer” has been published in @pleaseseemelitmag issue 12. The theme is Diagnosis.
I did it! 22 bookstores and more than 22 books! Thank you @zibbybooks for creating this initiative. Some of the bookstores I visited include:
Went to @traderjoes and couldn’t resist buying myself this card!
Bomb Shelter by @marylauraphilpott is the subject of this week’s blog post. Loved this book! What a way to end 2022 and begin 2023 - by reading this incredible memoir.